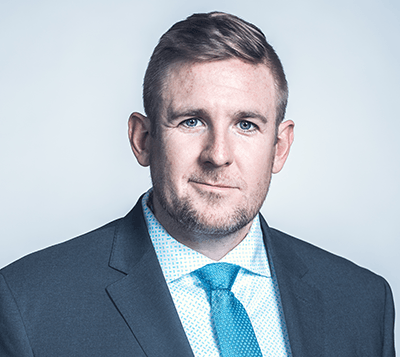 Patrick W. Dudding is a fierce, dedicated, and relentless advocate for his clients. He focuses his legal practice on fighting for the underdog in complex, high-stakes cases. He has advocated for clients at all levels of court in British Columbia.

Patrick’s expertise includes serious or catastrophic personal injury cases, medical malpractice, class actions, systemic and institutional negligence, human rights, and liability for dangerous or defective products. He has a demonstrated track record of success, including in cases of provincial and national significance.

Prior to joining Acheson Sweeney Foley Sahota, he worked at criminal defence (Toronto) and insurance defence (Vancouver) firms. His love for the city of Victoria and his dedication to securing justice for real, ordinary, everyday British Columbians led him to join our firm.

From 2014-2015, Patrick completed a clerkship with the Supreme Court of British Columbia in Victoria, during which he assisted various judges on the court with research, editing, and other tasks involved with their cases. Patrick helped the judges of the court draft judgments which meaningfully advanced British Columbia law in several important areas, including personal injury, civil procedure, and class actions.

Patrick attended law school at the University of Victoria and graduated in 2014. During law school, he received multiple accolades for academic excellence, including the prize for overall best standing in evidence.

Patrick participated in the Environmental Law Centre clinic where he advised two clients, a coastal BC First Nation and an environmental non-profit group, in relation to a matter of national significance.

Prior to law school, Patrick graduated from Carleton University with a B.A. (Psychology) with distinction, and received the Senate Medal for Outstanding Academic Achievement for placing within the top 3% of the graduating class. His background includes work as a freelance software developer. He spent several of his formative years growing up on the beautiful island of Sri Lanka while his parents worked there on an international development project.

Patrick’s edge in the courtroom comes from his unique ability to use technology to his clients’ advantage; his experience in difficult, complex cases; his behind-the-scenes knowledge of how judges think and decide cases from his time at the Supreme Court; and his willingness to outwork opposing counsel every step of the way.

B.B. v. General Motors LLC - product liability action alleging that a known flaw in Cadillac SRX vehicles led to a catastrophic crash in the Massey Tunnel. GM initiated a safety recall of the SRX a few months later. Recently Patrick and co-counsel successfully defended an application by GM which, if successful, would have required the plaintiff to pay more than $100,000 into court in order to continue his lawsuit against GM (a company which generates nearly $150,000,000,000 in revenue per year). The plaintiff's evidence on the application showed that GM had previously recalled another model, the Cadillac CTS, due to the same defect.

Palmer v. Ansari-Hamedani - motor vehicle action involving two accidents resulting in chronic pain. While the defence argued that Ms. Palmer ought to receive between $0 and $41,000 for loss of future earning capacity, the court accepted that the plaintiff had lost the opportunity to pursue a career as a dental hygienist. Finding that there was a 50% chance that Ms. Palmer would have become a dental hygienist but for her injuries, the court awarded $303,000 for loss of future earnings, making an overall award of $440,000.

Peffers/Heyder/Beattie v. Attorney General of Canada – national class action on behalf of male, female, and LGBTQ members of the Canadian Armed Forces who suffered assault, discrimination, harassment and misconduct while serving their country. In July 2019 the parties announced a $900,000,000 settlement in this action, in respect of which the approval of the Federal Court will be sought in the fall.

K.S. v. British Columbia – province-wide class action on behalf of BC foster children who were victims of crimes and were not provided with counselling, other benefits, or compensation that the law entitled them to receive. On 20 September 2018, Mr. Justice Skolrood granted carriage of this class action to Acheson Law instead of a competing law firm from Saskatchewan. Justice Skolrood reasoned that the quality and experience of class counsel was “the most significant factor” in the analysis, and concluded that this factor favours Acheson law “by a large margin.”

Gauthier v. Dubois –complex mild traumatic brain injury trial on behalf of the plaintiff, the CEO of Sitka Surfboard. The court awarded the plaintiff approximately one million dollars in damages for injuries sustained in a motorcycle accident. Patrick’s cross-examination of the defence neurology expert was pivotal in proving the brain injury which resulted in the award.

Dennison v. Jensen – counsel in a motor vehicle accident claim where the defendants argued that the plaintiff did not suffer any loss of earning capacity because she returned to full-time work after her injury. The court rejected the defendants’ argument and awarded $175,000 in damages.

A.P. v. Correctional Service of Canada - counsel for a national class action concerning systematic and illegal interception of inmates' phone calls with lawyers and other persons.

Vandendorpel v. Evoy - co-counsel at re-hearing after successful appeal in a complex liability case. Patrick created video reconstructions of a pedestrian collision, which the judge relied on and approved of in finding that the defendant was negligent. Mr. Justice Gaul wrote in his reasons for judgment:

[44] In completing this reconsideration, I found the video material presented by plaintiff’s counsel was helpful in visualizing and appreciating the different speed scenarios and what would likely have occurred had Mr. Evoy not been travelling above the posted speed limit. Recognizing that scientific precision cannot be achieved in situations like the present one, I am now satisfied that had Mr. Evoy been travelling at a slower speed, he would likely have seen Mr. Vandendorpel sooner and been able to take evasive measures to avoid the accident. Although the difference is only a second or so, on a balance of probabilities, that difference would likely have made a difference in the result.

A.J. v. British Columbia - counsel for a province-wide class action alleging that BC corrections officers systematically violated the rights of inmates in provincial facilities through physical assaults, sexual assaults, and strip searches, as well as other humiliating and unreasonable applications of force.

V.D. v. Y – co-counsel on a personal injury claim brought on behalf of a lawyer/businessperson for injuries sustained in a motor vehicle collision. The claim involved a complex loss of future earnings claim premised on the plaintiff’s involvement in various business ventures. The court allowed the plaintiff’s application to proceed by judge instead of by jury, which led to a significant settlement for the plaintiff.

J.A. v. F.J. - co-counsel on a complex personal injury claim involving serious injury. Secured nearly a million dollars for client with a mild traumatic brain injury. This result highlights the importance of experienced, dedicated counsel, as the insurance company initially refused to pay a reasonable settlement amount because the plaintiff had returned to work and was successful at university following the injury.

C.B. v. British Columbia - counsel for a province-wide class action on behalf of children and parents affected by false-positive drug and alcohol tests used by the government in child welfare investigations. The tests were performed by the notorious ``Motherisk`` laboratory in Ontario.

E.L. v. J.S. - settlement of more than one million dollars for a professional client injured in a rear-end motor vehicle collision in downtown Victoria. The rear-ending driver attempted to avoid responsibility by claiming that the vehicle's brakes suddenly and inexplicably failed. The liability issue was resolved by securing evidence from a mechanic that the vehicle brakes were already failing well before the accident, and the driver had neglected to repair them.

F.J. v. D.S. – settlement of more than $700,000 for a client injured when a parked vehicle opened a door into the path of a cyclist, resulting in a brain injury. This case involved complex medical issues in distinguishing between pre-existing psychological conditions and the consequences of the collision.

C.P. v. R.P. – settlement of around two million dollars for a child involved in a cycling accident. The case involved complex issues about the care that a driver needs to take when operating a vehicle in the vicinity of children, as well as the need to distinguish, with medical proof, the effects of a brain injury from the effects of ADHD.

G.M. v. British Columbia – counsel in a claim for injuries to an elderly inmate who fell from an upper bunk in a provincial jail. The inmate had requested a lower bunk as a result of his poor health. The corrections officers refused this request, and G.M. was injured while trying to climb up to his bed. The corrections officers then left the plaintiff, who had numerous broken bones, on the floor of his cell for more than 12 hours before securing medical assistance. The defendant agreed to pay more than $100,000 to settle the claim.

S.C. v. B.D.D. – co-counsel in a pedestrian-strike case involving a mild traumatic brain injury. Reached a settlement in excess of $600,000.

Co-counsel on numerous cases involving complex injury, including medical malpractice claims, injuries sustained at birth, multiple brain injury claims, and others. Since he joined Acheson Sweeney Foley Sahota, Patrick has been centrally involved in the trial preparation for every one of the firm’s jury trials.

Bachelor of Law, University of Victoria, 2014

Patrick is an avid hiker, runner, film buff, and lover of the outdoors.

Have you been injured through no fault of your own?

Find the best lawyer for your case.